Many people who live with rosacea aren’t even aware that the condition exists. They just know that their skin gets red and sometimes the redness flares up and gets worse.

Creating awareness is the perfect job for a celebrity. The perfect job, indeed, for actress and activist Cynthia Nixon. 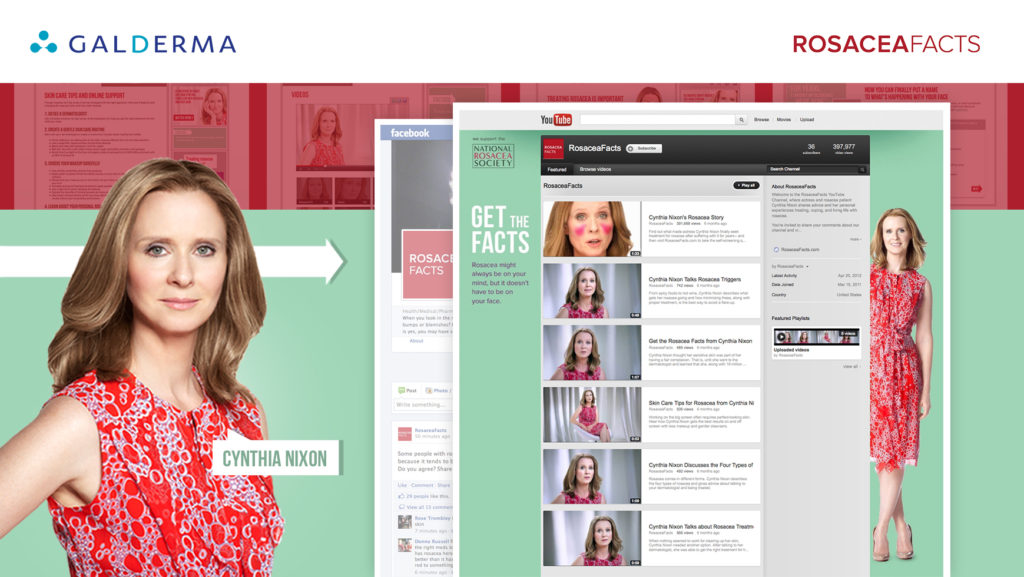 Funny story, kind of. Her people had approved the scripts, which had gone through the medical/regulatory/legal grist of the client approval process, but apparently she might not have actually read them herself. (Not saying she did or didn’t, understand…) So we’re on set, and she’s scanning the teleprompter, and then asks who does she talk to about the script? That’s me. She has some little changes, mostly for scansion. There’s 40 people standing around waiting for us to rewrite, so no pressure.

But you can’t change the text of a pharma company communication without the appropriate approvals. Luckily the client’s regulatory person who happened to also be a lawyer was there, along with the marketing lead, so we could make changes and get them approved on the fly.