In 2015, the challenge with polio eradication in Pakistan centered around distrust of both the vaccine and polio workers who would go door to door administering it by the Pashtun people in the frontier region with Afghanistan.

To overcome this, we needed to change the conversation around polio in Pakistan.

Instead of relying on fear of polio, as previous polio campaigns did, we created communications that focused on creating trust for the health workers by showing them as being members of the community with shared values.

The primary goal of the campaign was to lower refusals by caregivers. As a secondary effect, by branding the health workers as important members of their communities increased the prestige of the role, making the program able to meet their recruitment goals with higher quality candidates, which created a virtuous cycle. 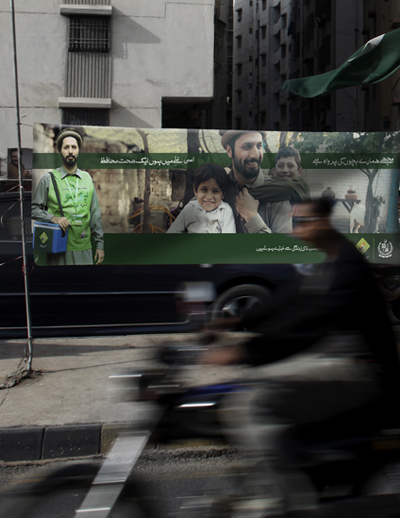 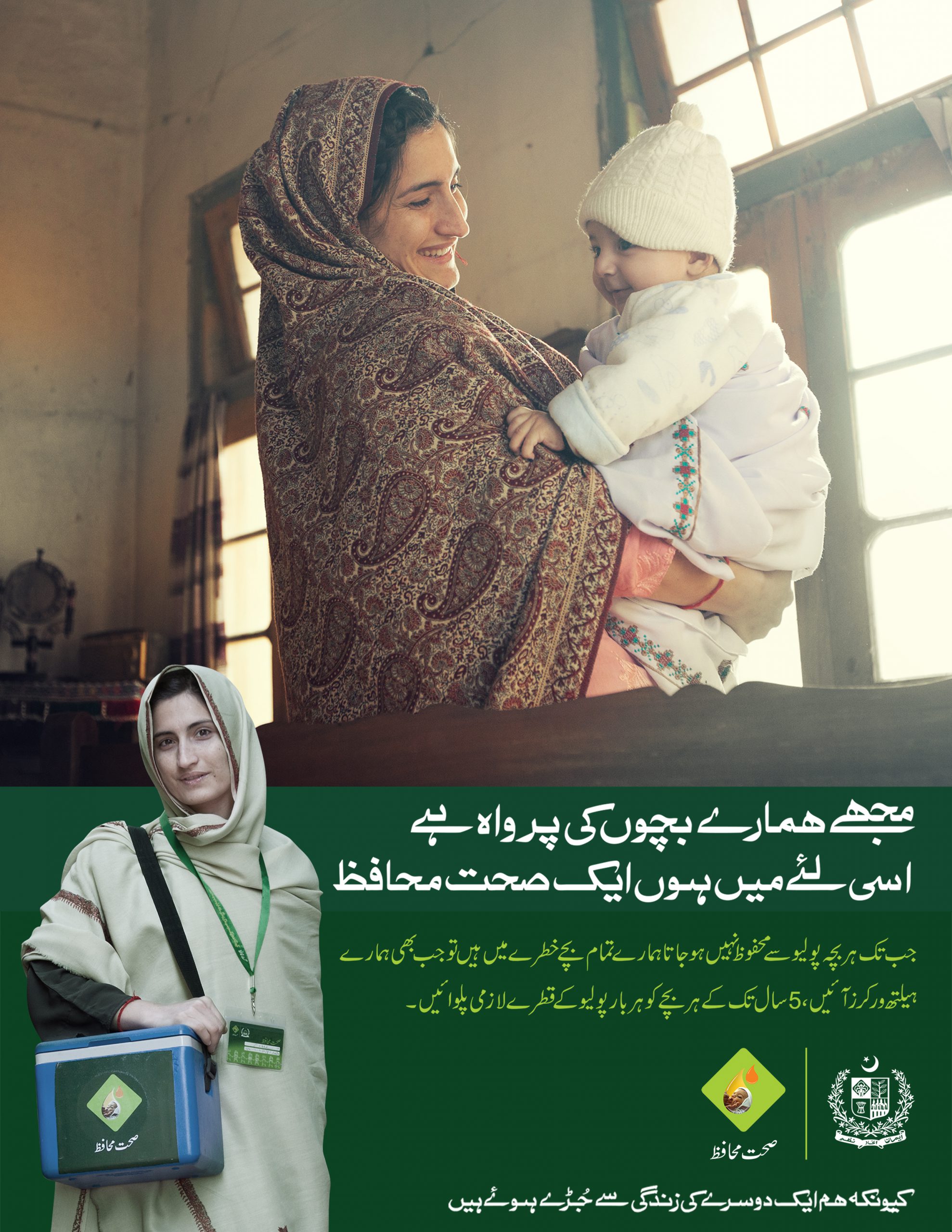 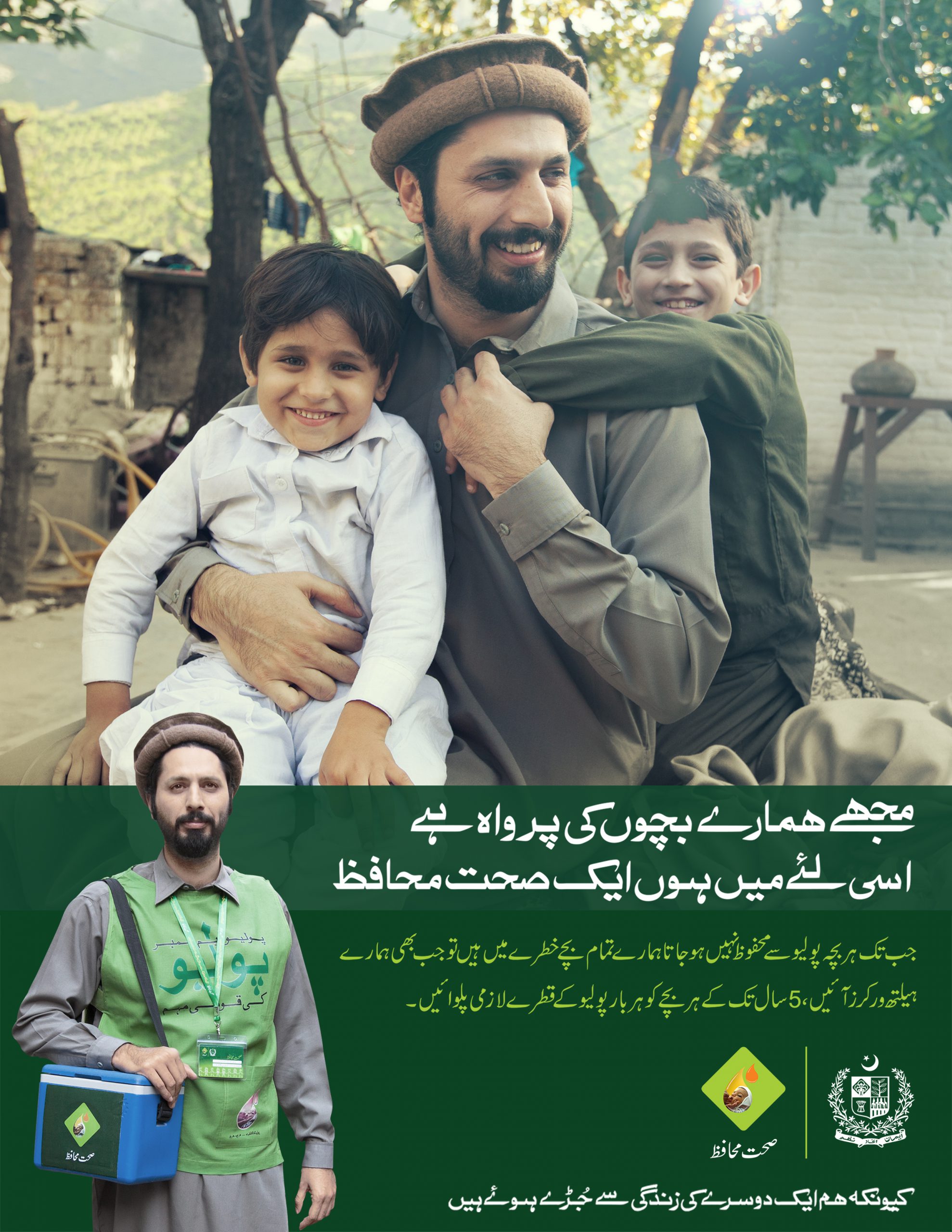 We made this video to introduce a panel at Cannes featuring folks from UNICEF and the World Bank, which succinctly touches on the challenges around polio immunization in this region.

Containing polio transmission between Pakistan and Afghanistan is an ongoing challenge. When an outbreak pops up in Karachi, Pakistan, another will inevitably appear in Kabul, Afghanistan. It makes sense—the border between the two countries was arbitrarily drawn by a 19th century British diplomat to make Afghanistan a buffer zone between British and Russian interests, splitting the Pashtun people between the two countries.  This has had the effect of making the border somewhat porous (a vexing problem for the American military over the past almost two decades) which makes containing disease transmission difficult.

Since everyone the vaccinators will encounter at a border checkpoint is not from their community, leveraging shared experience won’t work. Here the campaign voice is more about linking vaccination to the aspiration of travel. 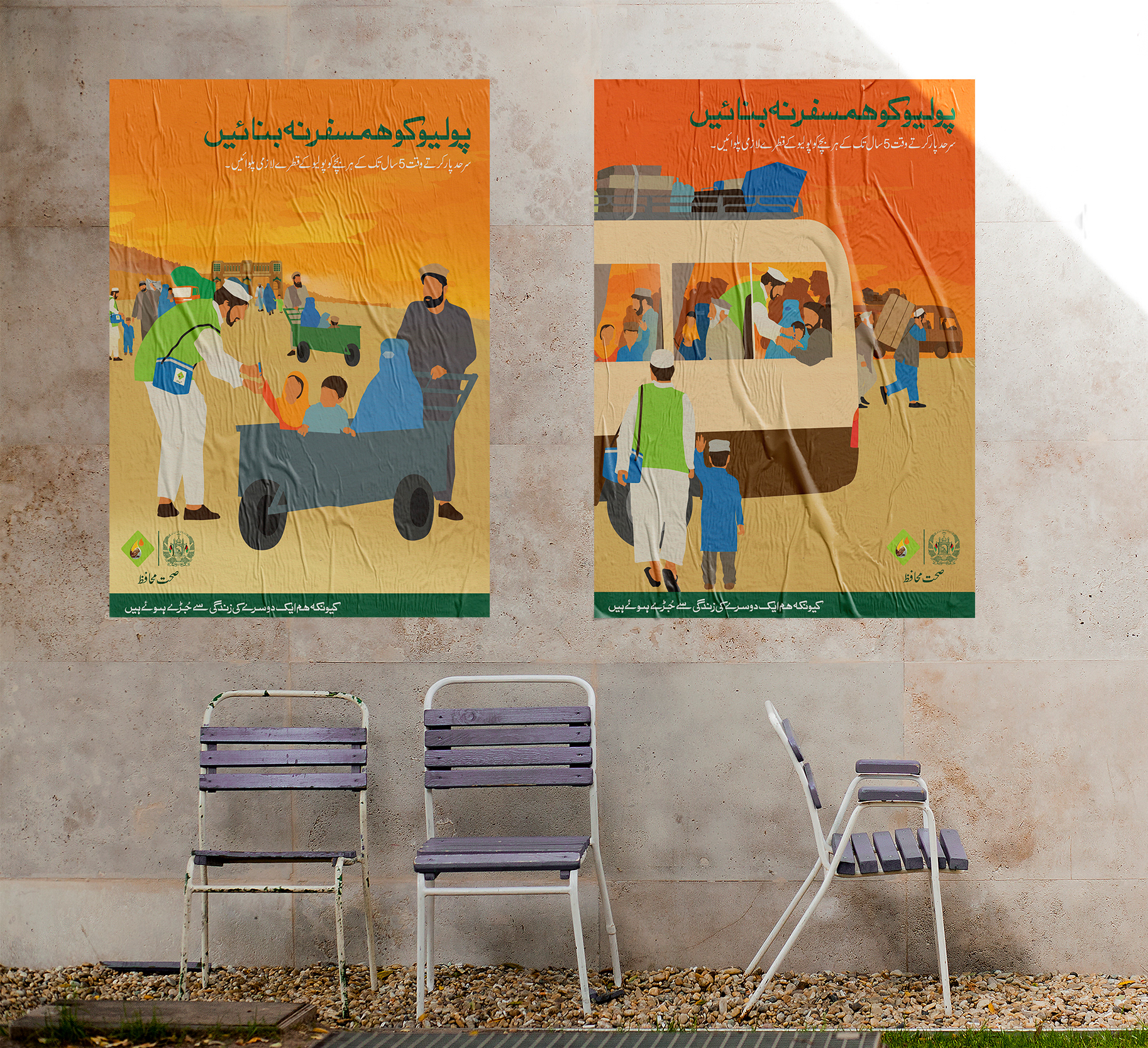 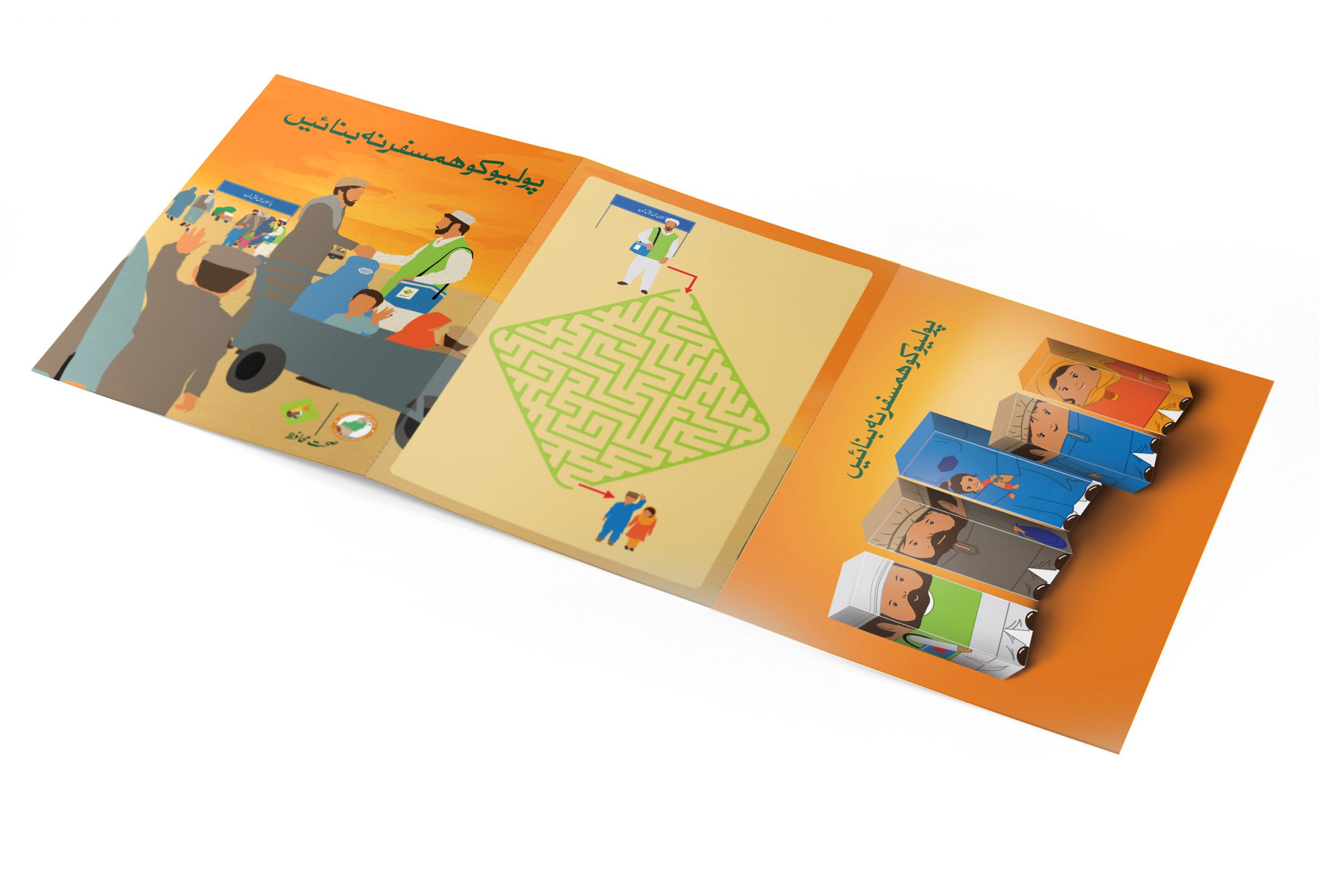 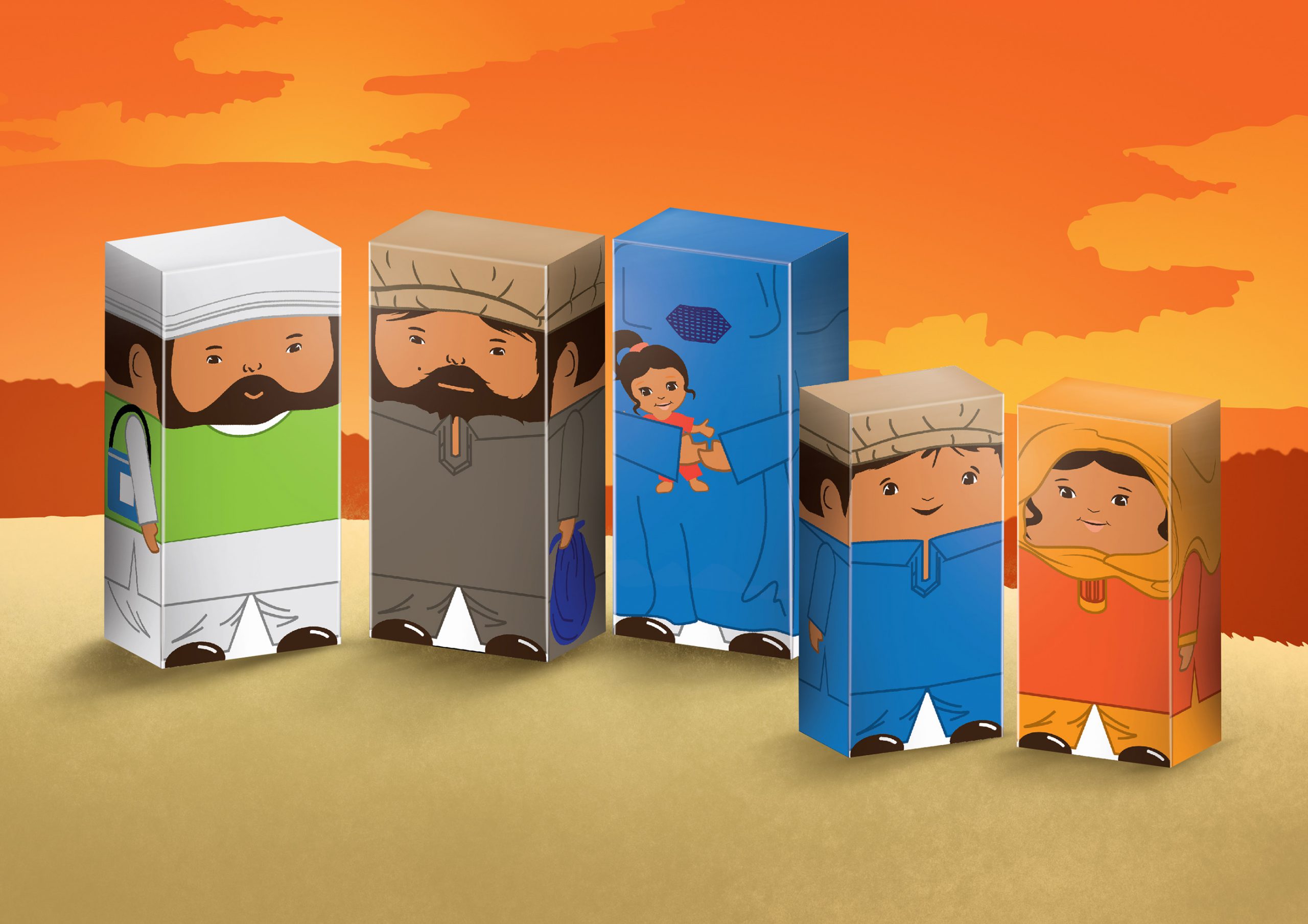 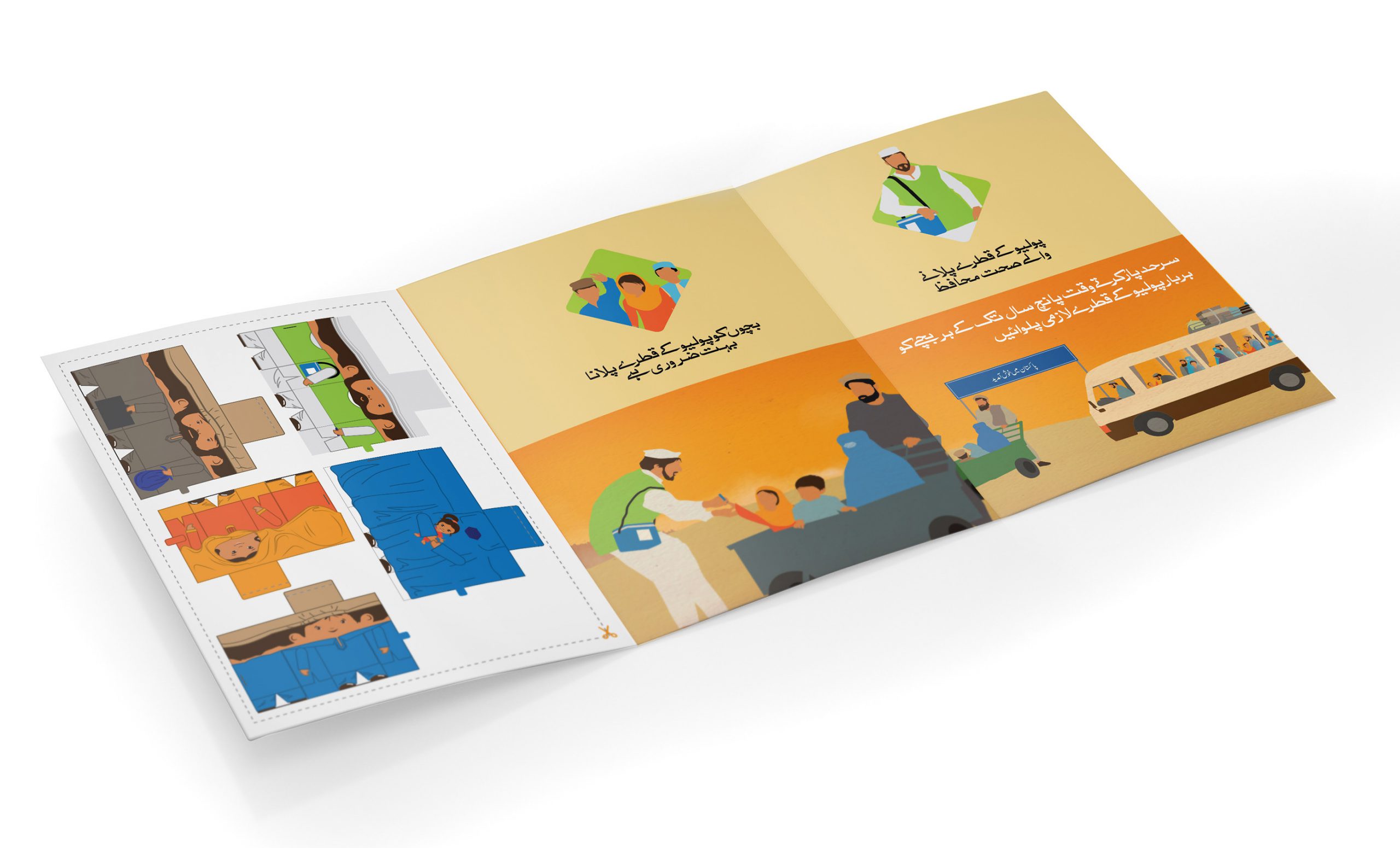 As anyone who’s ever traveled with children can tell you, you can never have too many activities. This is admittedly a bit out of the ‘laundromat calendar’ playbook, but it’s much more effective than a typical educational leave behind.